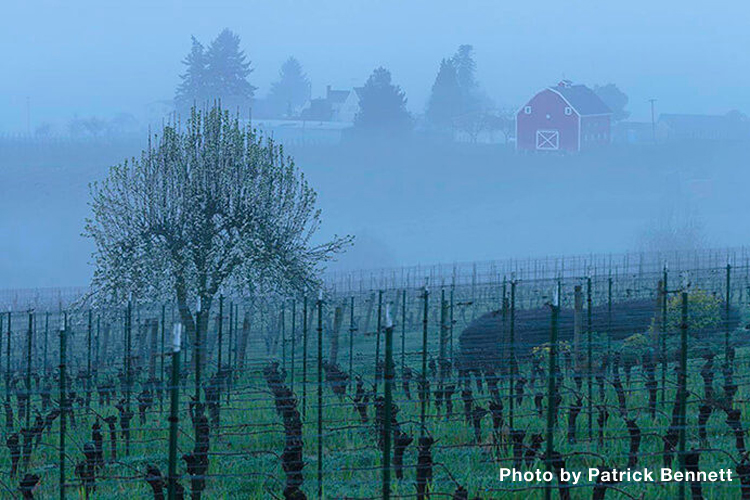 Are There Still "Off" Vintages in Oregon?

One of the defining characteristics of Oregon wines is their ability, year after year, to reflect the overall vintage conditions. And those conditions are anything but predictable.

Unlike Washington, where rain-free harvests are routine, Oregon's winemakers frequently have to work around significant rainfall and humidity. But that may be changing.

Recently, a succession of the warmest growing seasons on record has wineries wondering how much of a good thing is too much? In 2014, the measure of growing degree days in the Willamette Valley (basically, how much heat the vines got) was 2530% above the norm; in 2015 it was even higher. For 2016, the trend slowed down a bit, though bud break was as much as a month before normal, and harvest was the earliest on record.

These changing conditions solve some issues and bring new ones.