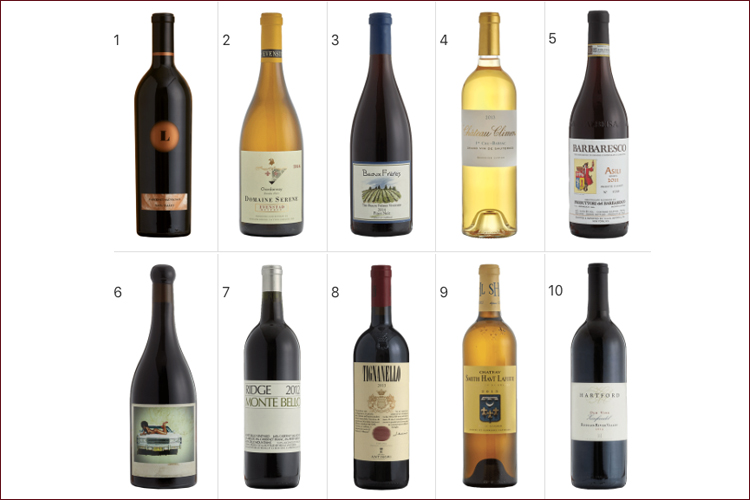 Each year since 1988, Wine Spectator has released its Top 100 list, where their editors select the most exciting wines from the thousands they reviewed during the course of the year. These wines are a diverse group-ranging from emerging labels and regions to traditional estates exploring new directions-and all generate the excitement they call the "X-factor," according to Wine Spectator

In addition, their selection prioritizes quality (based on score), value (based on price) and availability (based on the number of cases either made or imported into the United States). These criteria are applied to the wines that rated outstanding (90 points or higher on Wine Spectator's 100-point scale) each year to determine their Top 100.

Check out the entire list at the link below.